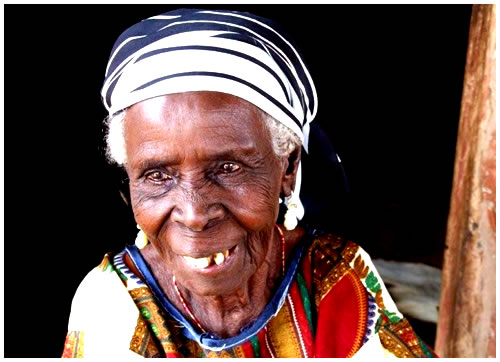 There are currently around 1,000 women living in 6 of the witches’ camps in Ghana’s northern region.

Many of them are elderly women who have been accused of inflicting death, misfortune, and calamity on their neighbors and villages through sorcery, witchcraft, or “juju,” a term used throughout West Africa.

The women enjoy a certain degree of protection within these camps, located some distance from their communities in which they could be tortured, beaten to death, or lynched, but the conditions of the camps are often poor. The “accused witches,” as they are sometimes referred to, live in tiny thatched mud huts, and have limited access to food and must fetch water from nearby streams and creeks.

Most of them were sent there due to symptoms such as memory loss, forgetfulness, or disorientation,
which had been misinterpreted to be wichcraft.