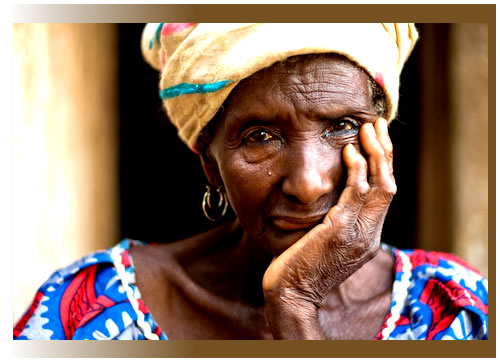 An elderly woman who lived in Nabule witch camp in Gushegu a district in the Northern Region for the past 18 years, told the story of how she was forced to leave her village. Dressed in a headscarf, faded T-shirt, and cotton skirt.

Her husband had died unexpectedly and after the village soothsayer had said she caused the death of the child, her family tried to make her confess to murdering him through sorcery. When she refused to admit she was beaten with an old bicycle chain, and later her husband’s family members rubbed pepper sauce into her eyes and open wounds.

It was later realized that she exhibited signs of dementia such as waking up early, increased anxiety, difficulty in remembering, among others.