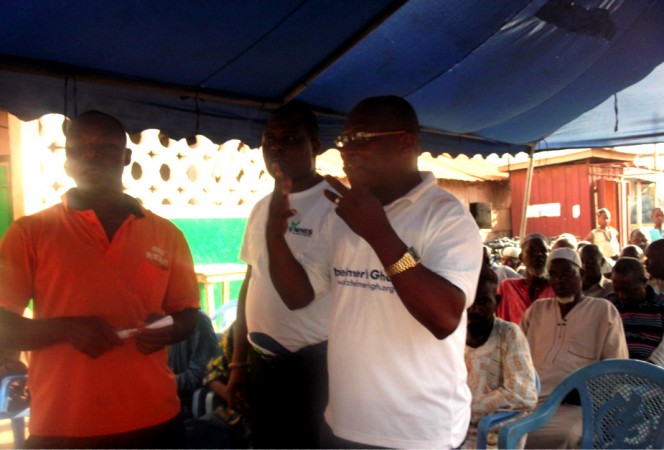 In line with our strategic action plan of creating Awareness and Advocacy, Alzheimer`s Ghana participated in a collaborative programme with the Ministry of Children Gender and Social Protection to sensitize people from age 55 and above on dementia. This followed an invitation from the Minister whose Ministry is also undertaking free biometric registration (NHIS card for old people aged 55 and above). Alzheimer`s Ghana awareness creation team delivered talks to the recipients on Dementia, causes, Signs and Symptoms, available Therapies and Care for people with Dementia. The team participated in the joint programme at Ashaiman on Saturday the 24th of May, Nungua on Saturday, 7th of June and Korle-Bu on Saturday the 14th of June 2014. Each programme covered about 500 old people from the various communities. Response had been positive as questions were asked about the disease and its implication on families. The volume of calls received daily on our 24hour helpline has so far increased putting pressure on our committed team of volunteers. The Minister was very excited but pointed out that the Government has a serious economic problem at the moment. She has however pledged her future financial support for Alzheimer`s Ghana.

Our next trip will be on Saturday 21st of June at Agona East in the Central Region where we have been invited by the Regional Minister to undertake the same educational programme on Dementia to about 500 elderly people. Here are some of the pictures. 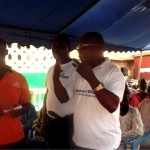 Mr Venance Dey and the team on Awareness Programme at Ashaiman 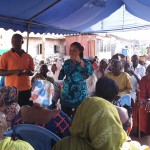 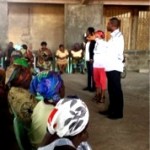 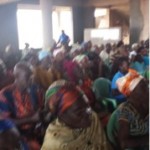 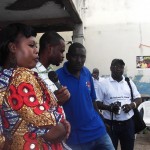 Ms Angela Lomar talking to participants from the community.